Ramzi Khedher had the idea for this unique gallery at the beginning of the JJRamz brand history. In the search for special inner linings for his collections, mens suit tailor met modern artists of various styles. Without further ado, he was inspired by them and used their works of art in cooperation with the artists as the basis for his inner lining designs RTW. As a gallery owner, the JJRamz brand also sells the original works of art to match the accessories and made-to-measure clothing. A unique business idea that uses synergies, promotes, and supports creativity across all borders.

Our artists are as unique as their work. Here you can find pure creativity mixed with unexpected and extraordinary new styles. 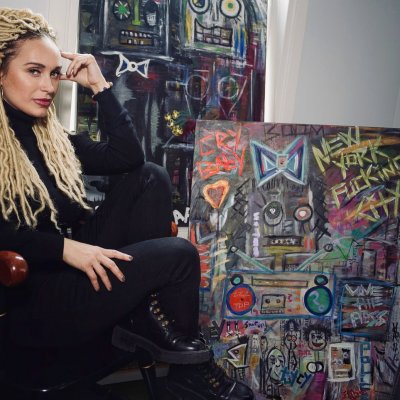 Tato is an American Neo- Expressionism/Abstract Artist that resides in the heart of New York City . Tatos work has been compared to the late French artist Jean Michel (Basquiat) but in her twist of layered creations. Tato reveals her intense emotions to transfer her NEO and mix media. Tatos work comes to life from the canvas onto her fashion clothing that is being released in Berlin Germany in December with JJramz. JJramz specializes in high end men and women suit jackets for the office or the rockstar. The line will follow the with scarfs, jewelry and handbags. If you are looking for a Funky Pop Rock or a simple blend of colors, this is it. Original artwork will be released at her Berlin fashion show to match the fabrics displayed. 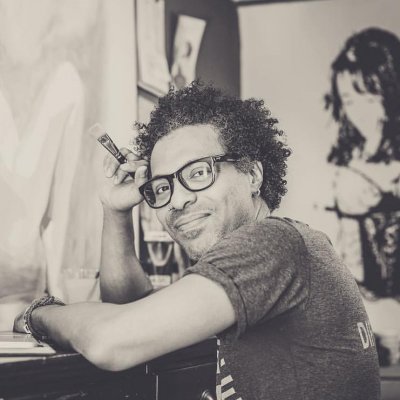 Born in 1975 in Santiago de Cuba, Michel Acosta started at an early age his studies at the art school. It is in 1999, that he graduated from the Higher Institute of Art (ISA) Havana (Cuba) before he moved a few years later to Spain. In 2011, Michel Acosta obtained a degree in Fine Arts from the University of Granada. Since 1992, he showed 14 solo exhibitions and nearly 50 group exhibitions in different countries. Michel's work has been presented in private collections in Spain, Canada, France, Italy, Belgium, Germany, the United States, Norway, and Switzerland. He currently lives and paints in Westerland - Sylt (Germany).