Premium fabric and tasteful buttons adorn you while a sharp cut with impeccably fitted arm and leg cuffs makes your every movement a delight. Revel in the knowledge that you are wearing a one-of-a-kind garment whose design you have had a hand in and that suits you to perfection. Wearing clothing that fits you ‒ and only you ‒ never ceases to make you feel special. At JJRamz we call this electrifying sensation „made-to-measure in Berlin“.

Made to Measure by JJRAMZ

Als Teil unserer Maßkonfektion kreieren wir Einzelstücke speziell nach Deinen Wünschen. Imagine you are interested in acquiring a certain piece of clothing from the JJRamz ready-to-wear collection. However, you would prefer to modify it according to your personal taste ‒ for instance by varying its cut, lining, fabric colour or other design elements? We gladly guide you through this made-to-measure process. At our JJRamz tailor shop in Berlin we take several tried and tested steps to find a superb fit for your individual measurements.

Would you like to benefit from our made-to-measure tailoring in Berlin? 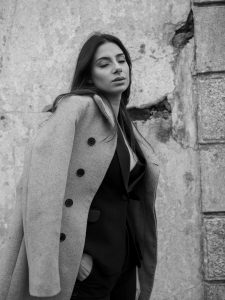 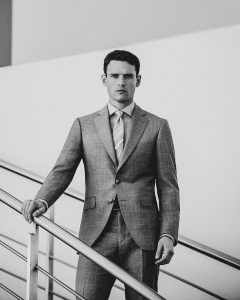 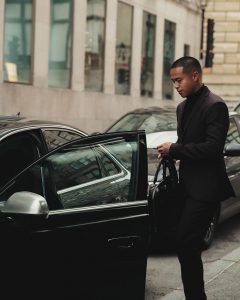 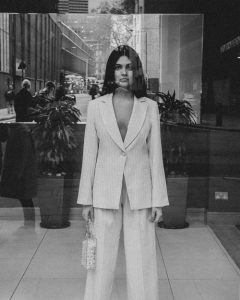 A tailor-made suit from Berlin

and how they are made
Design process by JJRAMZ
We combine your individual style preferences with superior service, while maintaining a consistently high level of quality. All of our made-to-measure garments are manufactured based on established made-to-measure standards for which we have developed our own design process based on your personal predilections. Made-to-measure in Berlin is what JJRAMZ stands for.

Read more about the design process

Made to Measure in Berlin —
with English Cloth and Italian Chic

JJRamz made-to-measure clothing combines design „Made in Germany“ with British craftsmanship and the finest Italian fabrics. Apart from an excellent cut, we pay particular attention to high-quality materials and sustainable production according to superior standards. 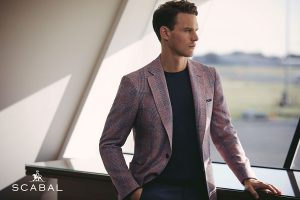 Through our extensive partnership with excellent suppliers such as Scabal Scabal, our made-to-measure apparel merges traditional craftsmanship and choice fabrics in a new and innovative way that emphasizes the unique JJRamz cut.

Alongside our European partner for the production of the JJRamz womenswear, Cloth by Ermenegildo Zegna ‒ one of the most renowned companies for timeless menswear in Northern Italy ‒ supplies us with selected materials. 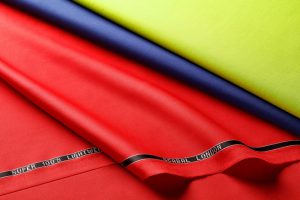 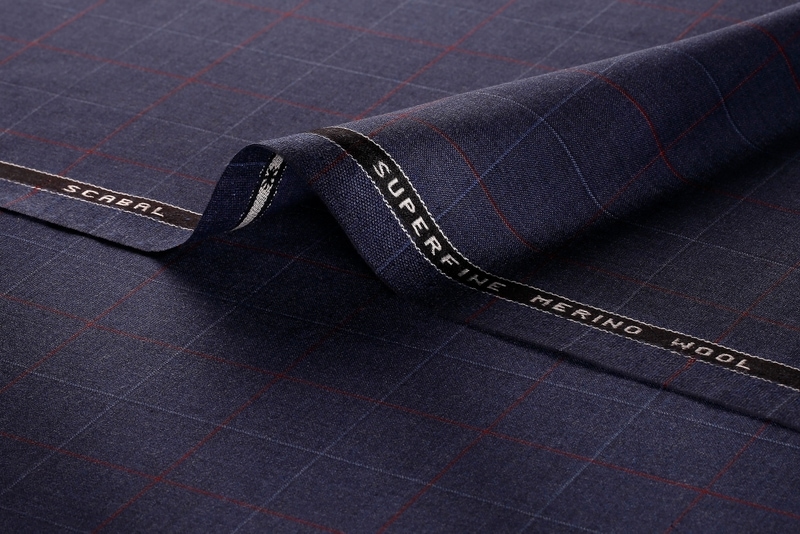 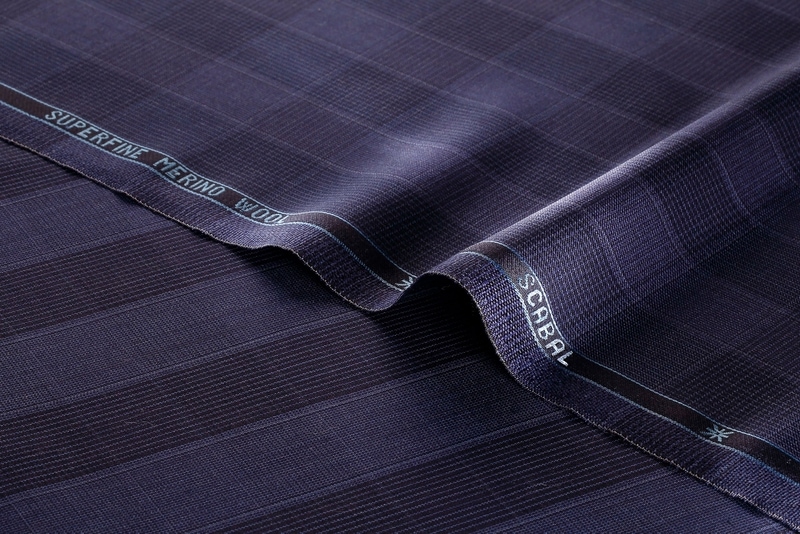 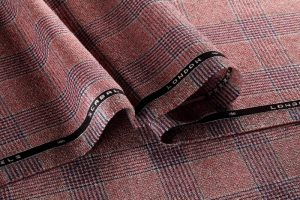 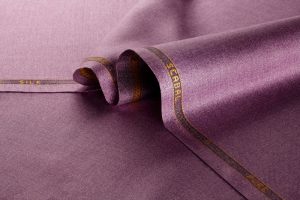 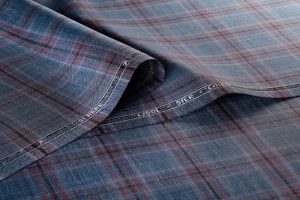 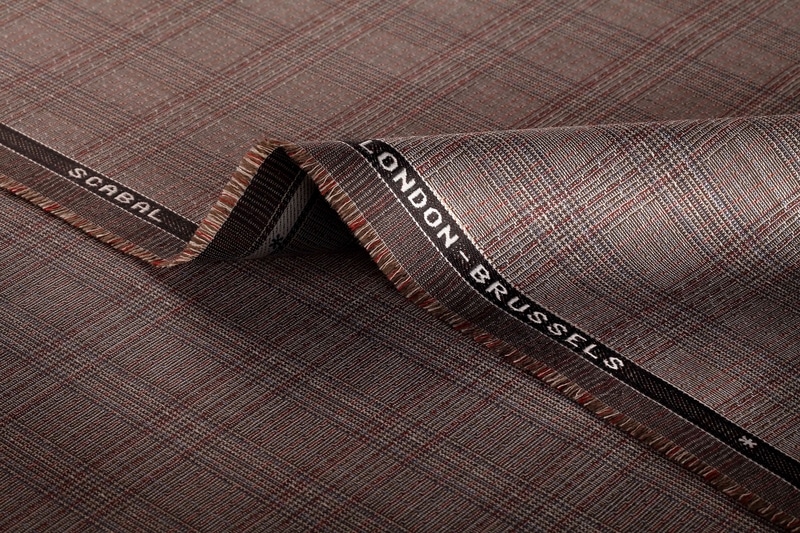 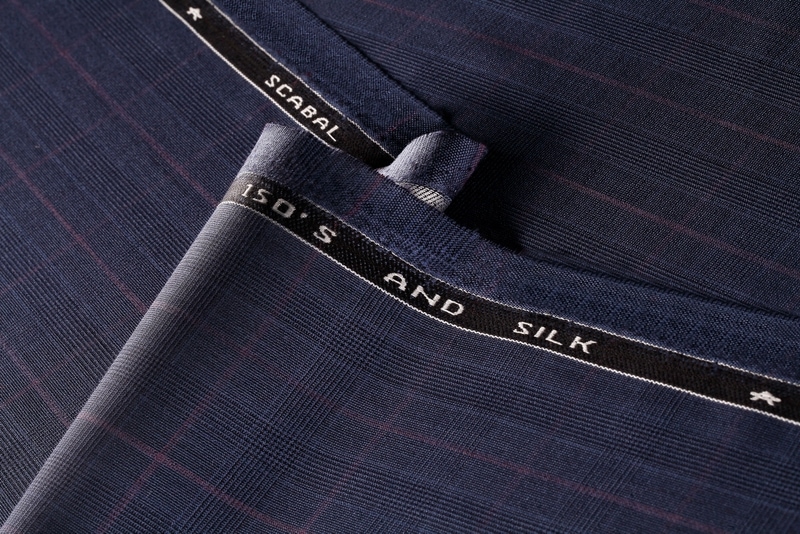 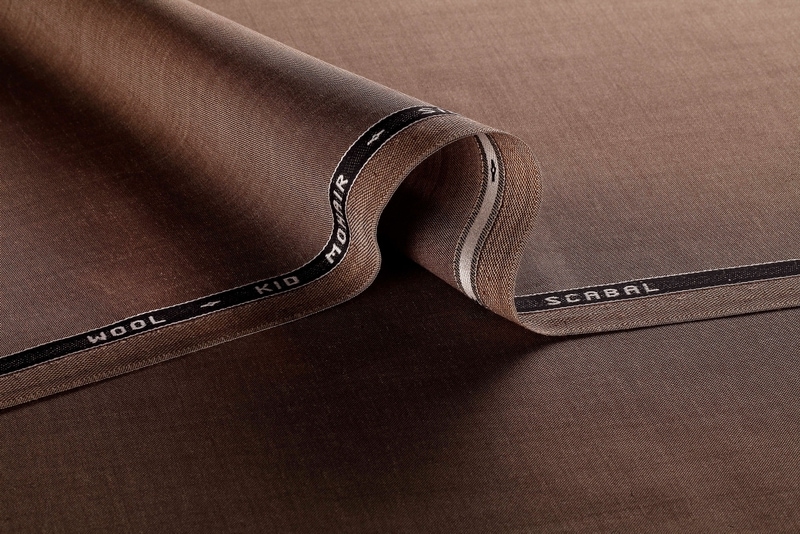 Clothing off the peg is not your preference? Fortunately, you have the choice between bespoke and made-to-measure garments of superior quality. For both methods of production, your tailor starts by taking your body measurements. Ultimately, the result is a custom-made suit or garment that is tailored to your individual body measurements.

For both methods of production, your tailor starts by taking your body measurements. Up to 24 different measurements are taken in the bespoke studio. Ultimately, the result is a custom-made suit or garment that is tailored to your individual body measurements.

But what Exactly is the Difference Between Made-to-Measure Tailoring and Bespoke Clothing?

While a bespoke tailor creates a cut specifically for you in a lengthy process, we craft garments based on tried and tested cuts using our unique JJRamz fit at our made-to-measure tailor shop in Berlin. Of course, with made-to-measure apparel you can choose each and every detail: which artwork lining do you prefer, which outer fabrics feel best for you, which and how many buttons, seams, pockets would you like… With our clothing made-to-measure in Berlin there are virtually no limits to your imagination.

Made to measure –
Advantages:

Through our extensive partnership with excellent suppliers such as Scabal Scabal, our made-to-measure apparel merges traditional craftsmanship and choice fabrics in a new and innovative way that emphasizes the unique JJRamz cut.

Whereas you need an average of 15-25 fitting appointments with a bespoke tailor before you can finally put on your suit, there are only two appointments when it comes to made-to-measure clothing: the first appointment and the final fitting.

With made-to-measure, you benefit from years of experience of several master tailors, which ensures consistent quality and reliability.
Make your appointment now

Custom Fit with a Long Tradition:

A Brief History of Made-to-Measure from London to Berlin 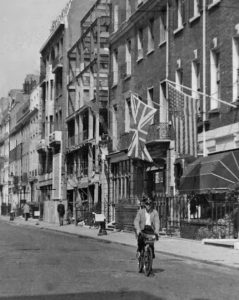 Originally, tailors were craftsmen who fabricated custom-made, padded linen undergarments. These were worn by noblemen underneath their chain mail to prevent unwanted chafing. Over time, the role of the tailor in British society became so important that King Henry I. granted his favourite tailors royal rights and privileges around 1100.
‍
Over the following centuries, tailoring continued to develop. Tailors used their skills to refine the aristocratic garments of their respective period, making each garment better, more elegant, and more appealing. Respected by royalty, they were considered to be important figures who performed an honourable task for the good of their nation.
‍
In the 18th century, the famous London shopping street Saville Row was founded. Here, specialised hatters, glove makers, and tailors continued the proud tradition of custom tailoring by dressing the upper classes in the finest fabrics woven exclusively for them. 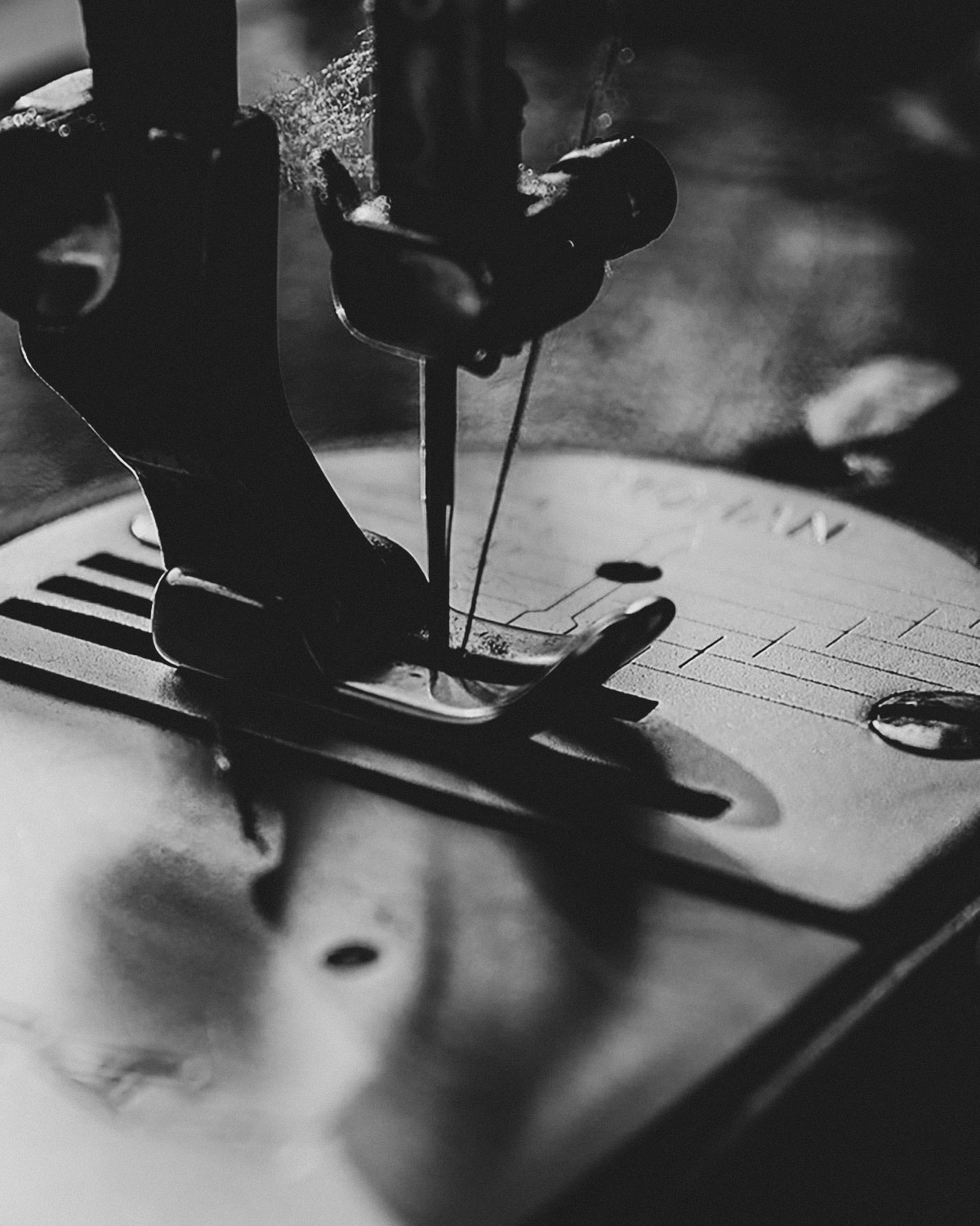 From Bespoke Tailoring to Made-to-Measure Clothing

With the French Revolution came a noticeable change in the world of fine apparel and, respectively, its emphasis shifted. The demand for made-to-measure clothing no longer focused on the nobility and instead aimed at high-ranking military officers.
‍
Throughout this period, tailors remained among the highly respected members of society. Subsequently, they began to establish large tailor shops full of dressmakers and hired tailors. Rather than making bespoke garments, they now fashioned them according to the style and fit of their respective master tailors. Made-to-measure clothing was born. 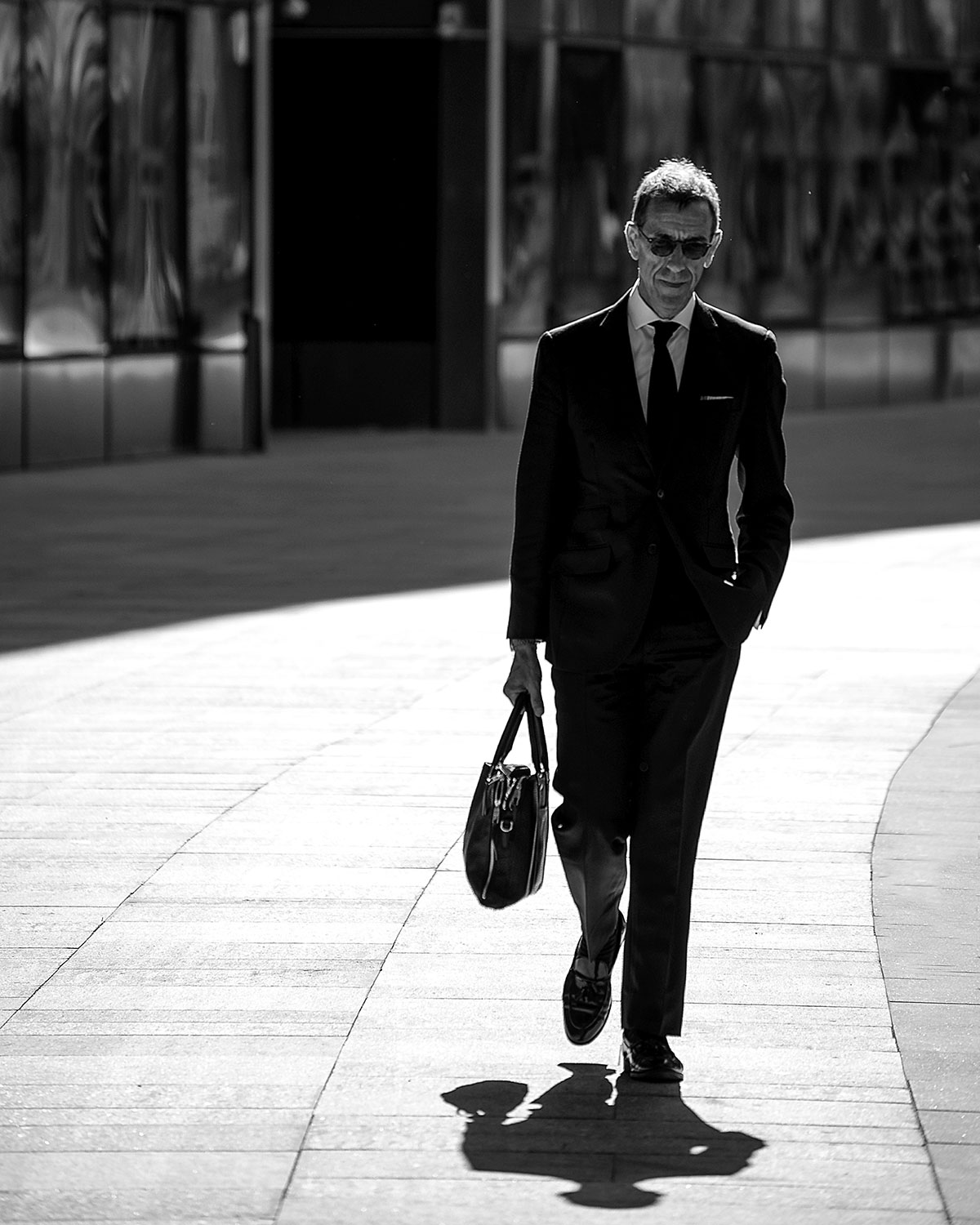 Beginning in the 19th century, as industrialisation progressed, certain processes were automated. This was particularly necessary in the field of tailoring. Manual production was no longer able to meet the constantly increasing demand for made-to-measure clothing.
‍
They also clothed financiers, celebrities, and other public figures. As a result, made-to-measure clothing became more and more integrated into social life in Berlin and throughout the world.
‍
Modern manufacturing techniques have brought custom clothing as a whole to the attention of the masses. However, made-to-measure in Berlin has remained a distinct symbol of quality and craftsmanship to this day.